Open the Door for a Banned Book

What Is Banned Books Week?

Launched in 1982, Banned Books Week was created in response to a sudden surge in the number of challenges to books in schools, bookstores, and libraries. Banned Books Week brings together the entire book-loving community–librarians, booksellers, publishers, journalists, teachers, students, and readers of all types–in shared support of seeking and expressing ideas freely. Each year the  American Library Association (ALA) Office for Intellectual Freedom (OIF) compiles lists of challenged books as reported in the media and submitted by librarians and teachers across the country.

This year’s Banned Books Week theme was “Books Unite Us. Censorship Divides Us.” And the ALA, affirms that “Books reach across boundaries and build connections between readers. Censorship, on the other hand, creates barriers.” I wholeheartedly agree.

How We Celebrated Banned Books Week 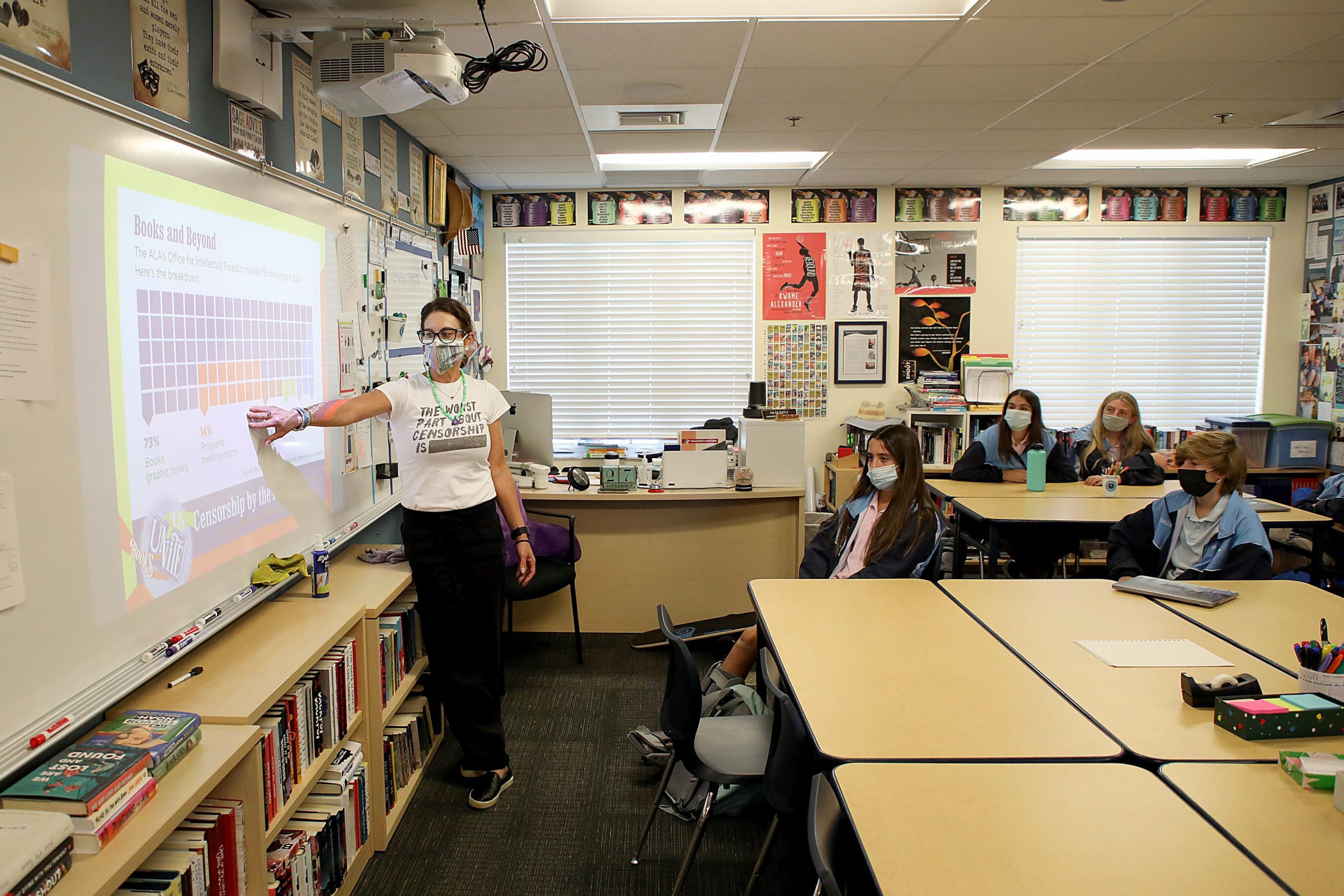 To celebrate Banned Books Week in the classroom, Grade 8 students watched an Instagram video featuring Jarrett J. Krosoczka, bestselling author of HEY, KIDDO who explained the dangers of censorship. He said that when people challenge or try to ban a story because of something they think is inappropriate, what they’re really doing is telling people who have had the same real experiences that their own stories are inappropriate. Every voice matters. Every story matters. And that’s why it’s so important for our community of readers to come together to honor every story told.

We then looked at infographics from the ALA website that showed some of the reasons behind book challenges, including “inappropriate language,” “celebrating gay marriage,” and “conflicting with religious viewpoints.” We discussed the Top 10 Most Challenged Books of 2020, and students were shocked to learn that one of their favorites, THE HATE U GIVE by Angie Thomas, made #10 on the list. We also scrolled through the most frequently challenged books in America, which listed favorites like the Harry Potter series for “promoting the occult” and the Junie B. Jones series for “encouraging disobedience,” while students voiced their own anger and frustrations about why their beloved books have been challenged or banned. The following day we had the opportunity to watch a Facebook live stream with Jason Reynolds, Honorary Chair of Banned Books Week 2021. Mr. Reynolds is the author of two of the top ten most challenged books of 2020. The Newbery Honor and Coretta Scott King award-winning author had some inspiring words to share about how parents, teachers, and librarians need to listen more to children’s voices, rather than their own. When asked why he writes about controversial topics, Mr. Reynolds replied, “They’re not controversial to me,” and he concluded the live stream with this poignant insight: “The beauty of books is that it creates space for us to have discourse… books teach us how to think, not what to think.” So allow your child the opportunity to read a banned book!

Visit the Banned Books Week website and take a look around at all the great information and resources they have to offer. You can also check out their social media pages here, here, here, here, and here. And be sure to check out the American Library Association’s lists of the Top 10 Most Challenged Books from 2001 through 2020. Your child can always find their next favorite book, perhaps even a banned one, by visiting the Julien Arts and Innovation Center and checking out a book.